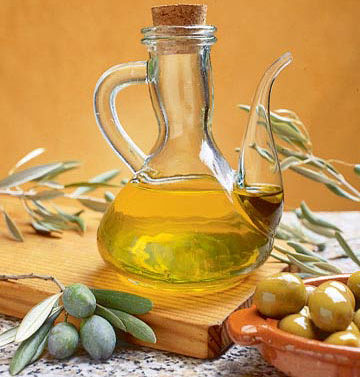 Olive Oil is Liquid Gold to the Greeks

The leading cause of death in the world is Coronary Heart Disease, but there are many examples of populations with low death rates from coronary heart disease who manage the problem by reducing their exposure to known risk factors. The Japanese are a great example of a society with low risk factors and low death rates from Heart Disease. How does that explain the Greeks who have historically had one of the lowest death rates from CHD in the world, but high risk factors for the disease. The Greeks say "liquid gold" is the reason, that's Greek for olive oil, and we agree. Read on and decide for yourself if the benefits of "liquid gold" are Greek myth or Greek legend...

NOTE: Greek CHD death rates increased when the country plunged into a deep financial crisis in 2008 which prompted further study. According to research presented at the Heart Failure Congress held in Athens in 2014 Hospital admissions for Cardiovascular Diseases increased during the crisis, Dr Alexios Samentzas said: "Greece plunged into a deep economic crisis in 2008 which had a dramatic effect on employment, wage reductions and standard of living. Previous studies have shown that CHD is more frequent during crisis, including wars and natural disasters.

The ground breaking "7 Countries Study" conducted in the 1950's is what drew attention to Greece's low rate of coronary heart disease. It was conducted on 13,000 men, aged 40 to 59 years, who were supposed to be healthy at the time of the entry examination. They were enrolled in 15 population samples located in seven different countries (Italy, Greece, former Yugoslavia, the Netherlands, Finland, United States, and Japan). Often referred to as the study "in search of Heart Attacks"...the Seven Countries Study came to several important conclusions related to coronary heart disease. The main one is it is credited for establishing that population death rates from CHD can be predicted by knowledge of the average serum cholesterol. Greece was the clear winner in all the studies, even though they were not expected to do well because of their high rate of smoking, hypertension, a surprisingly high rate of obesity and other CHD risk factors, especially on the island of Crete, which had the lowest death rate by CHD of them all, including all of Greece.

A LESSON FROM THE GREEKS

Oldest olive oil tree in the world is on Crete

Current proof of the high risk factors among the Greeks for coronary heart disease is not easy to find because most of the studies are old, but we found one that's recent enough to lead us to conclude that while the Mediterranean Diet is a factor, high olive oil consumption is the main driver of the historically low rates of CHD in the region and especially in Greece. We won't go so far as to say that olive oil is a "Silver Bullet," but the fact that the Greeks are the highest consumers of olive oil in the world cannot be ignored. And since the risk factors common to the Greeks most closely resemble those faced by most of us, we strongly recommend you use fresh high quality extra virgin olive oil as one of the primary sources of fat in your diet. Hopefully you'll make other healthy adjustments as well, but the addition of olive oil into your daily routine is a lesson from the Greeks we believe should be taken seriously.

If you decide to increase your olive oil consumption make sure it is as fresh as possible and extra virgin. The easiest way to incorporate it into your daily routine is to follow the Mediterranean diet which is full of healthy foods olive oil was "born" to enhance. There is little doubt you'll receive other health benefits that go with making this change as well, plus it is a delicious way to enhance the enjoyment of your food. As you can see in the images below The Mediterranean Diet is as delicious as it is nutritious.  Tom LeDuc

Nobody knows the Greeks better than the Greeks...Below is an excerpt from a powerful study completed by the University of Crete that documents the fact that the participants in the heart disease studies continue to have high risk factors for CHD and a low death rate from the disease. The people of Crete were the best performers during the "7 Countries Study" so it is significant these follow up studies are performed by the University of Crete. We think you'll find these excerpts along with the conclusions they reached very interesting...

THE UNIVERSITY OF CRETE STUDY

The main findings that emerged from this study involved an extremely high prevalence of smoking (particularly among men), hypertension, diabetes and a high occurrence of alcohol intake. Most of the population was found to be obese and presented increased cholesterol levels (all extrememy high risk factors for CHD). 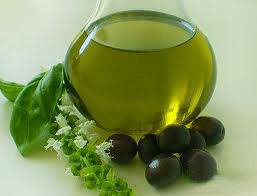 Surprisingly, and against this unfavorable risk profile, signs of coronary artery disease were scarce, with only three men fulfilling definite criteria of a previous myocardial infarction [15]. Lacking a certain explanation for this "paradox", the authors suggested a possible cardio—protective role related to the closely-knit social network, the low unemployment rates and the potential benefit of certain dietary habits (e.g. the high consumption of olive oil).

Background: Crete has been of great epidemiological interest ever since the publication of the Seven Countries Study. In 1988 a well-defined area of rural Crete was studied, with only scarce signs of coronary heart disease (CHD) despite the unfavorable risk profile. The same population was re-examined twelve years later aiming to describe the trends of CHD risk factors over time and discuss some key points on the natural course of coronary heart disease in a rural population of Crete.

Conclusion: The study confirms the unfavorable risk factor profile of a well defined rural population in Crete. It is rare to have the opportunity to conduct follow up studies on the same population 38 and 50 years later and when they confirm the original finding it is hard to conclude anything other than the findings are correct.

Our conclusion is Greek Olive Oil is Liquid Gold!

DYING OF A BROKEN HEART

ADDICTION CAN AFFECT YOU!

Your Brain Surfing the Net